Ans:- Mr. Bennet is a satirical onlooker in the game of life. As J.B. Priestley says, he is one of those characters who ” kept outside the edge of the plot “. The only action that he performs in the novel is that of going to London in search of his daughter. Mr bennet pride and prejudice

Read more from English 2nd Year (click) For the rest he keeps himself shut up in his library. He is a frustrated being who seeks refuge in books. Mr. Bennet expresses his real feelings, and no matter how serious the subject might be, he always speaks sarcastically.

Sketch the character of Mr Bennet

A good instance of his sarcasm is provided by his interview with Elizabeth after he refuses to marry Mr. Collins. The only occasion in the novel on which he seems to be somewhat serious is when he refuses to admit Lydia to the house after she had disgraced the family.

He seems to be lazy and indolent, a man who has never tried to make any provision for his family or take to any profession to support them. He is a man of the keenest intelligence and has plenty of ability so that he would no doubt, have succeeded well in whatever he would have taken up.

But he does not do anything and is satisfied with his two thousand a year. Domestic unhappiness has him frustrated and he seeks compensation in observing and ridiculing the follies of others.

He looks upon even his own family with the same sarcastic eye as he easts upon the world in general and follies of his family give him as much amusement as those of other people. It causes him pain or annoyance to see his family make themselves ridiculous, he tries to hide it under the cover of raillery and banter.

At Bingley’s Hall ha enjoys thoroughly their good actions, although he must have seen that they were being ridiculed by the Bingley sisters. He is a negligent father. This is his greatest fault. It is a wonder that Jane and Elizabeth grow up as they do with such a father and such a childish mother.

He is found only of Elizabeth and takes little interest in the rest of the family. 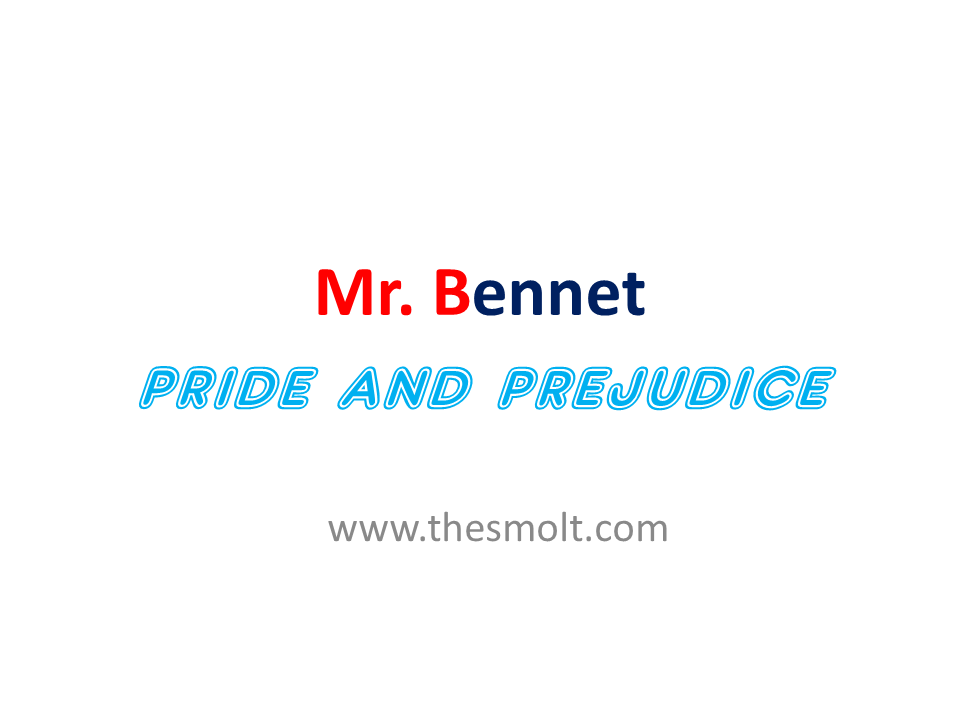 Sketch the character of Mr bennet in pride and prejudice

Note:- If you want to Download This article’s in PDF form, then simply go (Top or Bottom of) Right corner and click on the PRINT icon, and it’s saved as a PDF of Mr bennet pride and prejudice

Best Regards Mr bennet pride and prejudice, Kindly we request to you after Installing This Application, Please Don’t forget to give your feedback.