Ans:- Hemingway has represented his attitude to the universe and man’s relationship with it in his works. He has also thrown light upon “Human predicament and moral code”, Hemingway has depicted the reality which is significant cant due to its hidden meaning. No good book has even been written

Read more from English 2nd Year (click) It is wrong to treat him as an allegorist who sacrifices the semblance of reality by introducing hidden significance in a prolonged manner. His use of symbols is limited. This is seen in his novels, The snow of Kilimanjaro, of Farewell to Arms, For whom the bell.

Tolls and The Old Man and the Sea. In the snow of Kilimanjaro, in which there is an autobiographical. element, the limited use of symbolism has added a new dimension to the theme of the novel. A Farewell to Árms has been analyzed very thoroughly by Carlos Baker, who has traced the ‘Home’ and ‘Not Home’ symbols in the mountain, the Plain, the River, and the Trees, and the Dust and the Leaves described in the first chapter of A Farewell ta Arms, There is also limited use of symbolic in For Whom the Bell Tolls.

Robert Jordan, an expatriate inspired with the idealism of the international Brigade, has joined the war on behalf of the Republicans to vanquish the force of fascism, a symbol of evil. In the foreign valley of Guadarrama, Mario represents comfort and normalcy. Another remarkable theme suggested by Carlos Baker in the novel is that of ‘nada’ or nothingness.

The sun also rises and the old man and the sea also are symbolic works. In the story of The Old Man and The Sea, there is a blend of naturalism and symbolism. The old man Santiago is a real fisherman. Hemingway knew such a man who had once caught a huge marlin. Santiago’s struggle with the fish represents a man’s struggle with life and the universe.

The Old Man And The Sea

In this battle with the environment, it is not the victory or the end which matters, The old man Marlin has been eaten away by the fierce sharks which have been clubbed and harpooned by the old man. He exhausted and fatigued and left only with the skeleton. But what is important in his case is that he has braved the difficulties and struggle with the circumstances to realize his object.

In the battle with it, it is the conscientious efforts put in for the realization of the aim which count, Moreover, the old man has attained certain virtues, the valor, courage, dignity, and humanity. He is conscious of the fact that man has not been made far defective. In his voyage on the high seas, he has cultivated many more virtues.

In his adversity, he has developed a fellow feeling for the fishes, and the birds of the Gulf stream. He has learned a moral lesson and has imbibed fortitude, endurance, and humanity of a true Christian. The Old Man and the Sea have man Christian symbols, Santiago can be seen as an image of Jesus Christ.

He is not-only a fisherman but also a teacher who has taught the boy Mandin fishing, humanity, and pride. The fish is also a symbol of Christ. In fact in the novel, there are many allusions to the old man’s similarities with Christ.

In the opinion of Joseph Waldmeir, “During the trails with the great fish with the sharks, his hands Pain him terribly and his chest constricts and he spits blood. He hooks the fish at noon of the third day, he kills it by driving his harpoon into his heart. As he sees the second and third shark attack, the old man calls aloud, ‘Ay’; and

Hemingway Comments: There is no translation for this word and perhaps it is just such a noise as a man might make, involuntarily, feeling the nail go through his hand and into the wood. On lending the old man shoulders his mast and goes upward from the sea towards his hut: he is forced to rest several times on his journey up the hill and when he reaches the hut he lies on the bed ‘with his arms outstretched and the palms of his hands up.” Here Christ’s image is evident.

The Old men shouldering the mast on his journey to the hut recalls Christ carrying the Cross. Then there are many allusions to the Christian practices traced by Waldmeir, Even in numerology, a plan has been traced and its significance has been discovered: “Three, seven and forty are key numbers in the Old and New Testaments.

The old man, as the story opens, hás fished alone far forty-four days and with the boy far forty more. The old man’s trail with the great fish lasts exactly three days: the fish is landed on the seventh attempt; seven sharks are killed and although Christ fell only three times under the Cross whereas the old man had to rest from the weight of the most seventies, there is consistency in the equal importance of the numbers themselves. 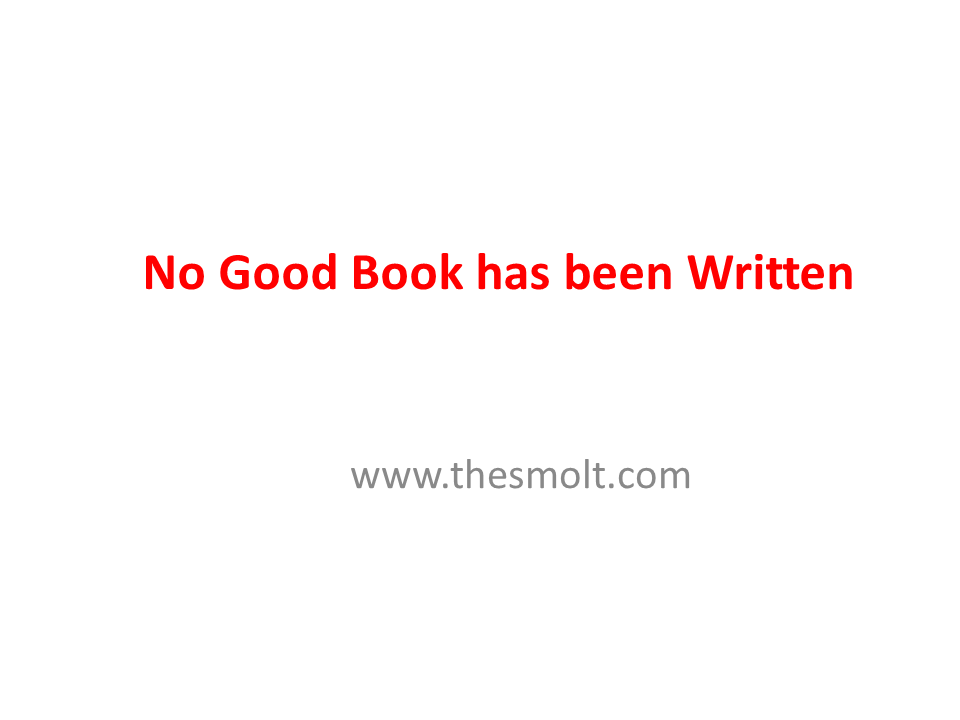 Note:- If you want to Download This article’s in PDF form, then simply go (Top or Bottom of) Right corner and click on the PRINT icon, and it’s saved as a PDF of No good book has even been written

Best Regards No good book has even been written, Kindly we request to you after Installing This Application, Please Don’t forget to give your feedback.