Write a brief account of the characteristics of Modern English

Read more from 1st Year (click) For example, the letter (u) is pronounced in varied and different words like cut, but, hut, hut, pull, rule, fuse, muse, etc. The sound (e) is spelled in a somewhat different manner in words like he, me, see, clear, deceive, receive, leave, machines, relief, and others, we see fourteen spellings as used in Modem English for the sound of (sh) as in shoe, sine, sure, chivalry, Asia, nauseous, pshaw, tissue, expansion, transmission, relation, ocean, conscience, suspicion.

During the Modern English period, serious attempts are made from time to time to make conformity between pronunciation and spelling. The yery sound (h) has been introduced in words like humble, hospital, herb, honor, host, horror, and others. It is seen that the ending of the present participle has been radically changed in apt pronunciation from (m) to (ing).

The infusion and introduction of aspirate in the last syllable of words like forehead, neighbor, and others in opt and suitable example of making spelling. The pronunciation of (e) of the Middle English period has also gone change in modern English and words like heat, meat, seat, and others.

These words were pronounced during the Middle English period with a vowel-like that of modern English.” The (er) combination in words like serve, servant, divert, fervent, etc. Characteristics of Modern English

Were pronounced like (ar) during the 17th & 18th century and such change in pronunciation is of colossal transition except for some words like clerk, Derby, and others. Many inflexional endings of old English were in continued disappearance and the true sense, the modern English period is called a period of lost inflections.

During this period, the language has been completely changed from synthetical to analytical. We see that there are fixed word-order and usually, a subject in a sentence is kept before the predicate and the verbs generally precede its object by taking assistance of prepositions like in, into, at, with, without, within, by, to, about and others. We find grammatical kinship and proximity.

We also notice that finer and subtle sense of meaning is presented after taking assistance of auxiliary verbs like is, am, are, has have, had, will, shall, would, should, may, might, can, could, ought to, do, does and did.

In accordance with meaning, nouns in a natural course, follow its suitable gender like of masculine, feminine, neuter with relation to meaning. In Modern English, we do not find the long insistence on the agreement of adjectives, possessive pronouns, and articles with its co-relation with nouns.

Modern English is opted for and logical in its use of suitable tenses. The use of an auxiliary verb (do) as an emphatic device is well-suited. Nouns are unchained and freely used as adjectives, as in the words, boy-friend, bus-station, Radio- news and others.

Verbs are frequently used as nouns and as imperfect passive. The vocabulary of modern English is vast, varied, and heterogeneous. Characteristics of Modern English

Rapid scientific advancements by way of discoveries and inventions have enriched modern vocabulary with many technical terms like appendicitis, bronchitis, bacteria, clergy, diphtheria, hormone, and others.

American Englísh has also left a great impact on modern English. Apart from American English, many other ancient, as well as modern languages, have contributed a lot in the making enrichment of modern English vocabulary, It contains a vast number of French, Latin, Greek, Scandinavian, Dutch, Italian, German and Russian languages besides words from different oriental as well as Occidental languages. 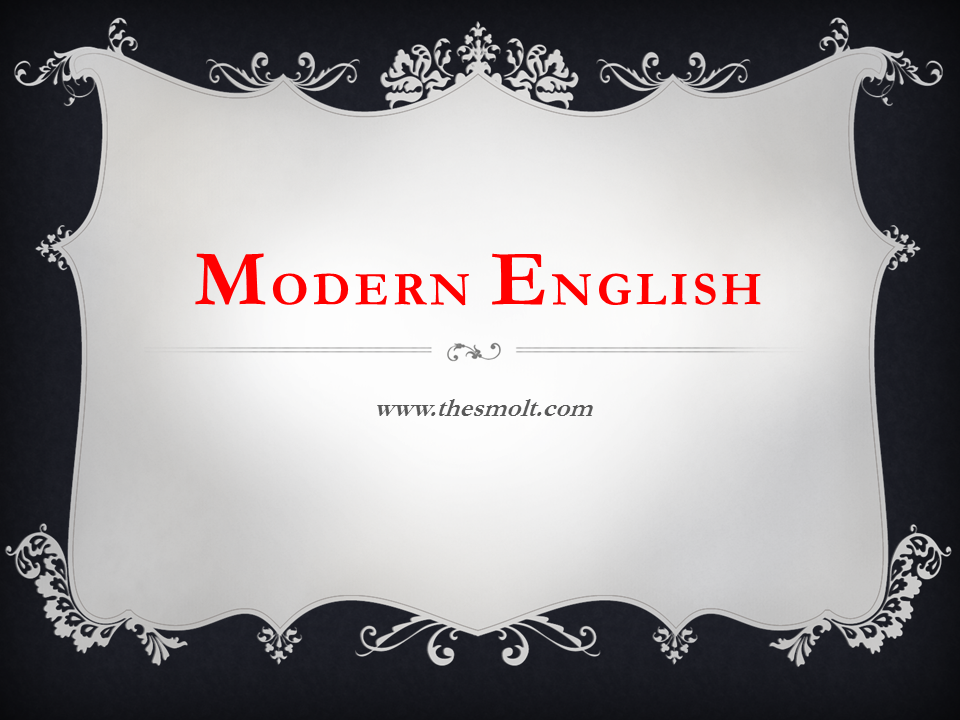