Ans. William Wordsworth (1770-1850) was the leading poet during the Romantic period in the English language and literature. He was born at Cockermouth, Cumberland in the lake district on 7th April 1770. Short note on William Wordsworth

William Wordsworth began his literary career as a poet at an early age. His noted poetic works An Evening Walk (1793) and Descriptive Sketches (1793) are of a high order. His first fruit of genius was given out in the Lyrical Ballads (1798).

This publication of this monumental work ushered the new era of romanticism in English poetry. The Prelude’ is an autobiographical poem consisting of fourteen parts. Wordsworth remained a true interpreter of nature to humanity The excursion’ runs in nine parts and was published in 1814. It is based on the love of Wordsworth towards nature.

Wardsworth published in 1807 two volumes of poems which represent the fine flower of his genius. His remarkable lyrics are “The Solitary Reaper“, “The Greek Linnet“. I wandered lonely as a cloud”.

“Stanza Suggested by a Picture of Peele Castle’ (1805), ‘Character of Happy Warrior’ (1806). ‘Laodamia (1814) and Michael’ (1814). Wordsworth revived the Petrarchian vogue of writing sonnets. The sonnets of Wordsworth are divided into six groups.

(a) Political Sonnets:– Wordsworth composed sixty-nine sonnets of a political character. Many of this political sonnet were grouped and known as “Poems dedicated to National Independence and Liberty.

(b) Miscellaneous Sonnets:– One hundred and twenty sonnets of miscellaneous character are divided into three parts and in their sonnets, the views of Wordsworth about nature and human society are depicted.

(c) Sonnets on the River Duddon:- Wordsworth composed thirty-four sonnets in this series.

(e) Sonnets of Scottish life:- Some sonnets were composed by Wordsworth which were bared on his tour to Scotland. These sonnets deal with Scottish life.

e.g. The Pine of Monte Maria and Rome. The memorable sonnets of Wordsworth are:-

(i) It is a beauteous evening, calm and free

William Wordsworth the world is too much with us

(ii) The world is too much with us

(vi) Composed by the Seaside

( vii) Extinction of the Venetian Republic

(viii) Scorn, not the sonnet 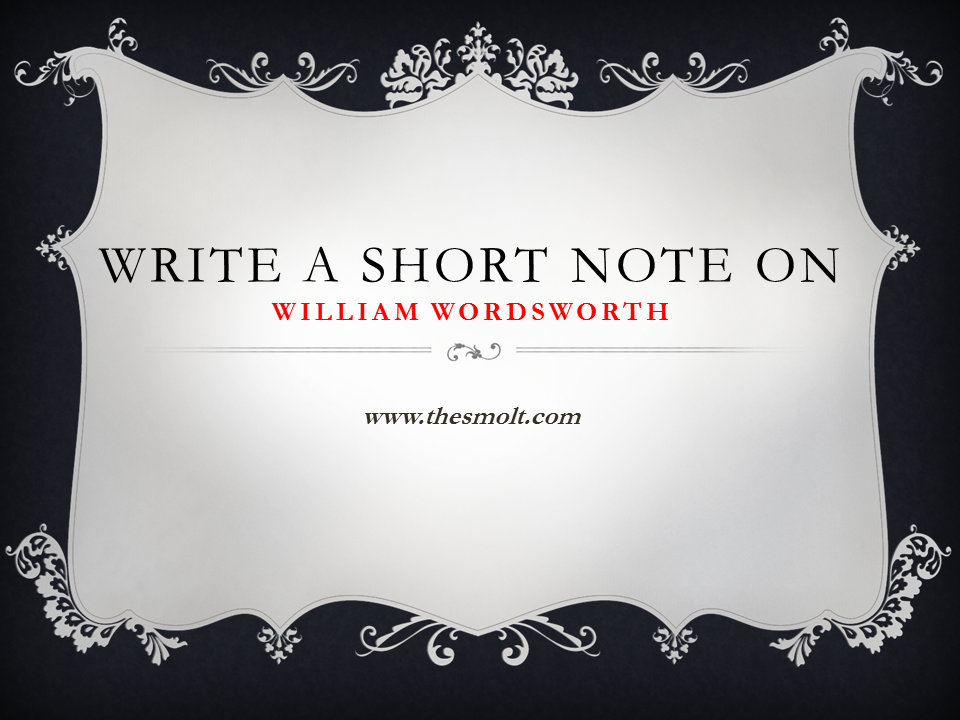 I hope you enjoyed this blog, Visit again to learn New in a different way. Different Educational Program, English Summary And Different Programming language with Example, Like C, C++, JAVA, QBasic, FoxPro. Also, you can Learn Blogging and Seo, On-Page, and Off-page in free by our Experienced SEO Expert.