Ans:- Elizabeth Bennet is the leading female character of the novel. ‘ Pride and Prejudice ‘, sketched by Jane Austen, the great female novelist, essayist, satirist, and reviewer during the Victorian age in the English language and literature. Elizabeth bennet pride and prejudice.

She is the shining cynosure of the novel, whereas the rest characters and situations revolve around her. It was she who had left an indelible effect on the fibers of the novel and she gave a concussion to the situations.

Read more from English 2nd Year (click) Saintbury had to apply regarded her the beacon of the female character of 19th-century literature, She was noble, submissive, cleverest, wittiest, liveliest and enthusiast. She was a living statue of exceptional charm, high spirit, courage, and readiness.

Elizabeth bennet in pride and prejudice

Her fascinating feature was so enchanting that even Darcy was fascinated by her. She possessed loveliness of mind, physical vitality, mentally sane, spiritually, and emotionally disciplined and super sense of humor.

She never struck anyone by means of hypocrisy, on the other hand, she used to leave her impression by witty replies. In this novel, Darcy was proud and Elizabeth prejudiced but they were also loaded with self-respect and intelligence.

Elizabeth could Ascom and comprehend the people and situations. She had not given Darcy a chance at the assembly. She made her extraordinary and attractive personality.

When she met Wickham failed to appear at the Netherfield ball. Darcy had also realized the goodness at Elizabeth’s heart.

For the ill-treatment of Wickharn and for ruining the happiness of her beloved sister, she refused and dismissed Fritz William Darcy. She was a conscious lady and she had learned a lot by minutely observing the situation.

She was handed with the letter of ‘ Darcy written in proud tones and she grew ashamed of herself. She even refused to look quietly at the consequences of a commitment to Darcy and the respect created by the conviction of his valuable qualities, had for some time ceased to be repugnant to her feelings.

She respected Darcy with the core of her heart and she began to take a keen interest in his sake. Lydia – Wickham’s incident and the role played by Darcy in making Wickham marry with Lydia after the elopement, strengthened the feeling of love, and ultimately she gave her consent for marriage with him.

Elizabeth Bennet represented the feeling of Novelist Jane Austen in to. She appeared as Jane Austen’s prototype, jane Austen endowed Elizabeth with her vivacity and acute intelligence.

Like the novelist, Elizabeth had a critical satirical and lively attitude towards life. She left an indelible impression on all. The novelist has sketched her character in an exalted, superb, and consummate manner. 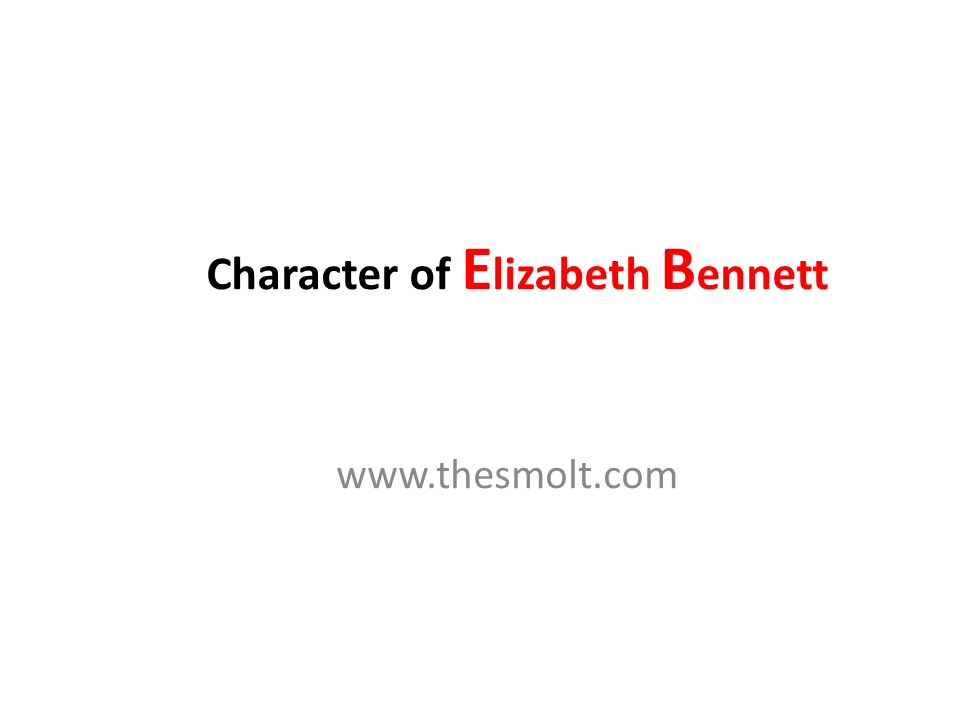 Note:- If you want to Download This article’s in PDF form, then simply go (Top or Bottom of) Right corner and click on the PRINT icon, and it’s saved as a PDF of Elizabeth bennet pride and prejudice

Best Regards Elizabeth bennet pride and prejudice , Kindly we request to you after Installing This Application, Please Don’t forget to give your feedback.