What is dramatic relief?

Ans. Tragedy, when the climax approaches or when the denouement follows upon the climax, produces an emotional tension-an aching sense of the complex web of events, with which human joys and sorrows are inextricably entangled. What is dramatic relief

Shakespeare has never been attentive to the psychological truth that when the spectator’s mind has been too much agitated and distracted by the steering dramatic events, which spell woe to human density, a relief or relaxation needs to be provided-the tension should be brought down to a lower pitch. What is dramatic relief

This psychological law, the importance comic and serious element in a tragedy-a practice, which is condemned by the traditions of the Greek dramatist. It has, however, been now accepted as a technique of the “romantic” drama, since Shakespear sets the seal of his genius on it.

This variation of serious elements is done in several ways. Shakespeare will sometimes introduce a fool who (as in King Lear) indirectly comments on the tragic event, subtly conveying the underlying pathetic significance of King Lear’s mind, or as in Hamlet the clown in the graveyard scene relieving and also intensifying the tragic issues of the play).

Sometimes Shakespeare introduces a scene, set in a lower key, where the mind can rest and pause a while. We may take the innocent prattle of Lady Macduff and her son in Act IV, scene VI, which seems to be charged with the most fateful significance, for immediately afterward the murderers appear and kill both mother and son.

The point is that whenever there is a prolonged mental strain, there follows invariably a relief scene in Shakespeare. The notable instance in Macbeth is the Porter scene (Act. II), Sence lI), following, upon the shuddering horror, confusion, and distraction of Duncan’s murder.

“The devil portering” of the Porter, gives relief to our agonized feeling and relaxes the tragic tension and finally It brings the horrible murder into the light of broad day. What is dramatic relief

What is dramatic relief  How has it been used in Macbeth

Then again when Duncan and Banquo, contemplated the scene majesty and repose of Macbeth’s castle on their arrival there, the tumult of battle scene of which there are echoes in the opening of drama, seems to have left far behind, and bloody throughout raging in Macbeth’s bosom seem to must into silence. 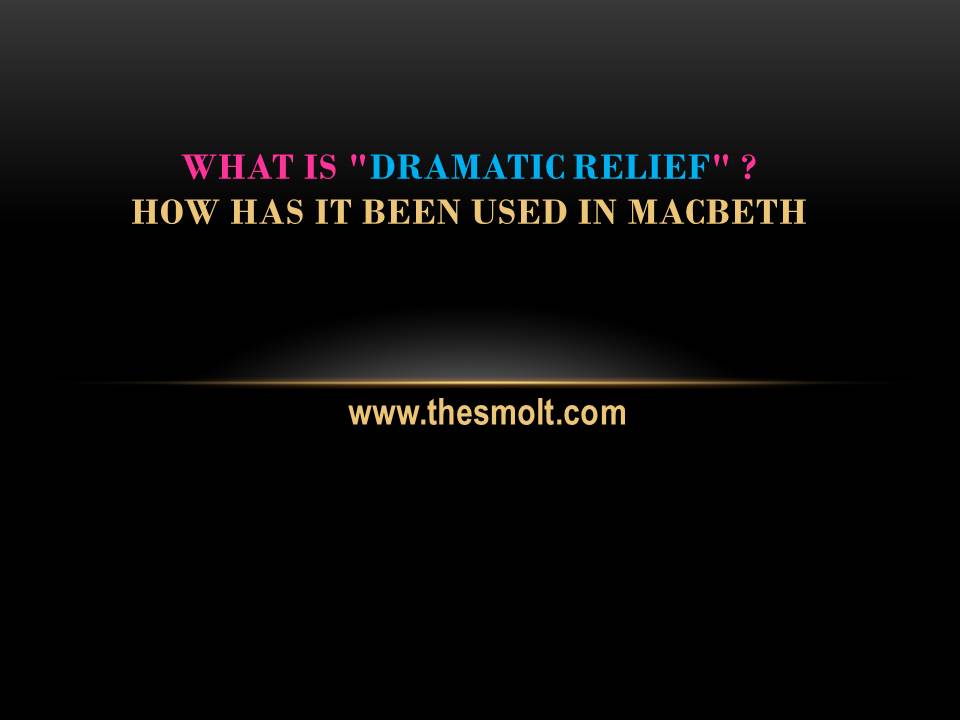