Ans:- The major subject of the great novels of Hardyese is the tragedy of human life. A somber and thoughtful person by temperament, Hardy could not remain blind to the woes and miseries of the people of his Wessex. Hardy Philosophy of life with particular reference

Read more from English 2nd Year (click) In his early days, Hardy had a deep faith in the Bible and God, but as he advanced in years as G.K. Chesterton calls him, he became ‘a village atheist’. He was born and brought up in rural surroundings, like Wordsworth, he fixed his artistic eye on the common peasant folks. It is this life that he portrays in his novels.

Hardy characters are lively and vital

So far Hardy’s philosophy is connected. Hardy was not a philosopher in the sense, that Hegel or Kent was. He simply saw life and portrayed it in his novels within the fame work of his own impressions.

It may be noted that his artistic imagination responded naturally and instinctively to the sad, somber, and gloomy impressions of life. In the words of A.G. Gardiner, “But the pilgrimage of Thomas Hardy had led us ever into deeper shadow. The journey we began with those jolly carol-singers under the greenwood tree has ended in this hopeless misery of Jude”.

Discuss the hardy’s tragic vision of life as depicted

Likewise, Baker also believed. “Hardy had a grudge against the universe which he could not throw off, a feeling of resentment at injustices and wanton cruelty which most have some objects on which to wreak itself.

Assuredly some power that hated good must be the saddle thwarting every attempt of man to circumvent has to fate. As seen by him it was a tragic theme.” In fact, Hardy cultivated his tragic view of life right from his childhood.

As a boy, he was sensitive and tender-hearted. He was even pained to see the boughs lopped off the trees. This sensitive temperament was nurtured still more by the age in which he lived. It was an age in which the advancement of science and the theory of evolution of Darwin gave a jolt to the old existing religious faith.

As a consequence of these two factors, the age witnessed a great doubt and positive disbelief in God. The degrading conditions in mills and factories seemed to augment the same conclusion. Thus, living in such age, with his own sensitive temperament, Hardly developed a pessimistic attitude of life.

A minute study of Hardly’s tragic novels reveals that he is not a downright pessimist. No doubt, he was summed up his attitude in a single sentence that “happiness is but the occasional episode in a general drama of lain! Here it may be stressed that this attitude of Hardy was not an outcome of his pessimism, but it is his real observation of life.

He could not be blind to the ills of life. He found the moments of laughter scattered only here and there in life/ Laugher, he said, can only come through forgetfulness. The fact is that Hardy could not pose himself to be an optimist when he saw imperfection of things and found the world writhing in pain and agony, tortures, and sorrows.

He observed a fitter struggle for existence, thwarted desires, and undeserved sufferings. He also noticed that children were born where they were not wanted, where there was no death of them, thus adding to the general misery caused by poverty and augmenting the trials and troubles of the unfortunate parents.

Apparently, The Mayor of Casterbridge gives the impression that human existence is a tragic rather than a comical thing and that moments of gaiety are but interludes and so no part of the main drama of life. In life, it never rains but fours say Henchard.

All things here are in the process of decay. Hardy always thinks of man in relation to some unseen power that directs the activities of the mortals. He calls this power by various names such as Nature, Fate, Destiny, God, Chance, and Environment.

In Tess, he declares “The President of the Immortals had ended his support with Tess.” A struggle between a man on one hand and or the other, an omnipatent and indiffrént Fate, that is Hardy’s interpretation of the human situation. Human beings are mere puppets in the hands of his omnipotent power.

This led Harby to believe at times that ‘God is not in heaven! Alls wrong with the world. He saw in gods and goddesses a hierarchy of tyrants who hurled thunderbolts on the footrace of man.

When the secret of the real father of Elizabeth – Jane is revealed to Henchard through Susan’s letter, Henchard anguishedly thinks, “that the concatenation of events this evening had produced was the scheme of some sinister intelligence bent on punishing him”

Hardly’s tragic concepts truly reveal that his pessimism is always elevating and seldom depressing. Henchard meets his tragic and but his life, his misfortunes, and more than everything else, his valiant battle, do not depress the reader.

On the other hand, he leaves upon us an impression of the greatness of character. He speaks loudly that there is a charm in the struggle with the omnipotent power through the defeat is certainly of human beings. Hardy Philosophy of life with particular reference

Hardy’s view of life, thus, may be called tragic rather than pessimistic. In this Hardy is very much like Shakespeare. This tragic concept is as noble, as elevating and as Cathartic as that of Shakespeare.

Henchard, Jude, and Tess are made of the same stuff of which Hamlet, Macbeth, and Othello are made There is something heroic in their struggle which inspire us and vast pity and fear, Prof. Pinto’s view about Hardy’s conception of life may be partly quoted to conclude, “such a Philosophy may be called pessimistic but Hardy’s art is not that of a pessimist, what saves him from pessimism is his high and noble conception of human nature.

To transform this view of the universe from pessimism to tragedy it is necessary to show that human beings can resist their destiny if not physically, at any rate, in spirit. It is this resistance that is the essence of Hardy’s great novels.” Hardy Philosophy of life with particular reference 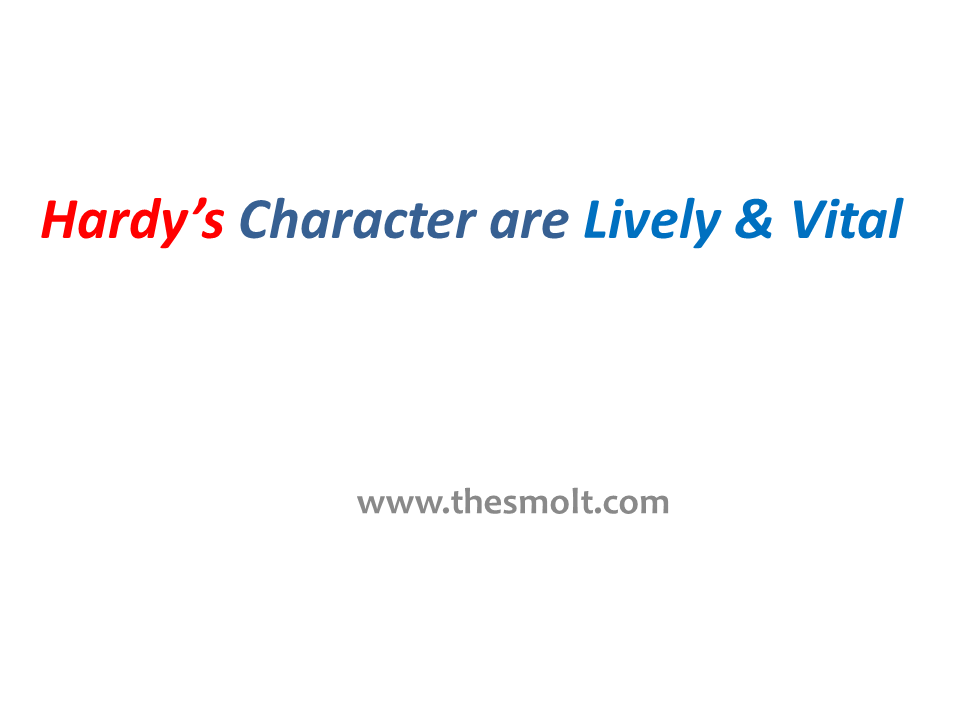 Note:- If you want to Download This article’s in PDF form, then simply go (Top or Bottom of) Right corner and click on the PRINT icon, and it’s saved as a PDF of Hardy Philosophy of life with particular reference

Best Regards Hardy Philosophy of life with particular reference, Kindly we request to you after Installing This Application, Please Don’t forget to give your feedback.