Ans:- In  Merchant of Venice, The scene opens with three friend’s Antonio, Salanio and Salarino on a street of Venice. The three merchants are Discussing Antonio’s sadness which doesn’t see to have a suspension reason. Act 1 scene 1 merchant of Venice

Read more From 1st Year (click) Antonio himself appears to be unaware of the come of his disappointment. The two friends guess that maybe he is distressed became he is thinking of his Richly loaded ships which are at The Sea and he fear’s that they may be wrecked owing to a storm.

The merchant of Venice act 1 summary

They say that when a person is in a situation liked that, It is quite natural to be Wormed. However Antonio divines at all and claims that his Ships are not the sources of his anxiety. He himself doesn’t know why he is upset.

He rafters to Jonus, an ancient god, and says that there are two kinds of people in the world. Some of them have no reason to Laugh but they continue laughing all the While.

On the other hand, some people are constantly worried and Antonio seems to be one of them. However, he has taken his leave and Bassanio tells Antonio not to notice what Gratiano Speaks.

Antonio reminds Bassanio that he had promised to tell him about the wealthy Women whom he wanted to marry.

Bassanio tells whom about Portia, an externally beautiful and rich woman from Belmount whom lots of King’s wanted to marry but he could marry only the Man who might choose the right Casket out of three made of Gold, Silver, and Lead.

Bassanio wants Antonio to help him financially so that he could go to Belmount to compete with the wealthy kings and Princes and Participate in the contest.

He is sure he can choose the right casket which contains Portia’s and marry her because they both are Love each other.

The merchant of Venice act 1 scene 2

Antonio express’s his helplessness because all his wealth has been Instead in Merchant-Ships which are at Sea but Bassanio can borrow the money from someone else in Venice in Antonio’s Name and once his Ship’s come back he will Return the Amount with Interest. Act 1 scene 1 merchant of Venice

” This story Merchant of Venice shows us the meaning of Friendship. “ 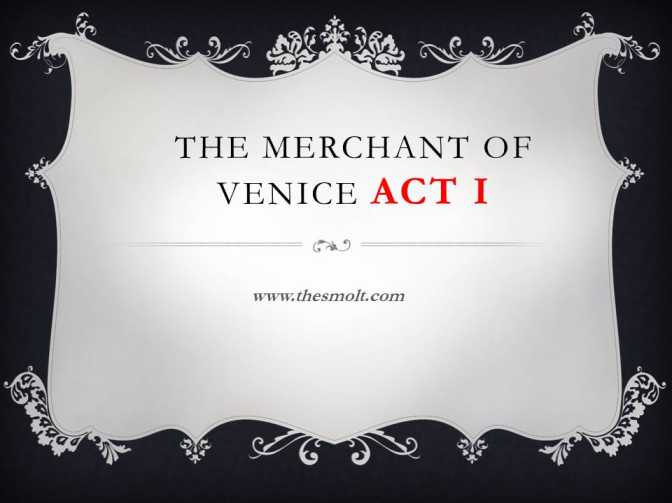 Hello, my dear student, I hope you learn something different here. So please don’t forget to give us your valuable feedback. on Act 1 scene 1 merchant of Venice