Ans. Modern poetry refers to the verse created by the poets of the 20th and 21st. Centuries. It emphasizes strong imagery and emotional content and less reliance on the use of rhyme. American poet Walt. Watchman is one of the stalwarts of Modern poetry. Modern poetry in English literature

His disregard for traditional rhyme and early 20th. Century. T.S. Eliot produced a series of important poems. Waste Land is considered one of the great works of English literature. It contains many aspects of modern poetry. In 1950, there occurred an explosion in Modern Poetry in the form of the Beat Generation.

They represented the new movement in English literature. The salient features of Modem poetry are-

(i) Direct treatment of the thing, whether subjective or objective.

(ii) To use absolutely no word that does not contribute to the presentation.

(iii) As regarding rhythm, to compose in sequence of the musical phrase, not in the frequency of the metronome.

(v) Free verse was encouraged along with other new rhythms.

(vi) Common speech-language was used, the exact word was always to be used as opposed to the almost exact word.

The outbreak of world war I represented a setback. It tended to undermine the optimism of the Imagists. Sound poetry emerged in this period as a response to the war, The Love Song of J. Alfred Prufrock’ got prominence as modem poem, composed by T.S. Eliot. modern poetry in English

Among other modem poets, Thomas McGreevy, Brian Coffey, and Denis Devlin are in great prominence. Modern poetry in English literature 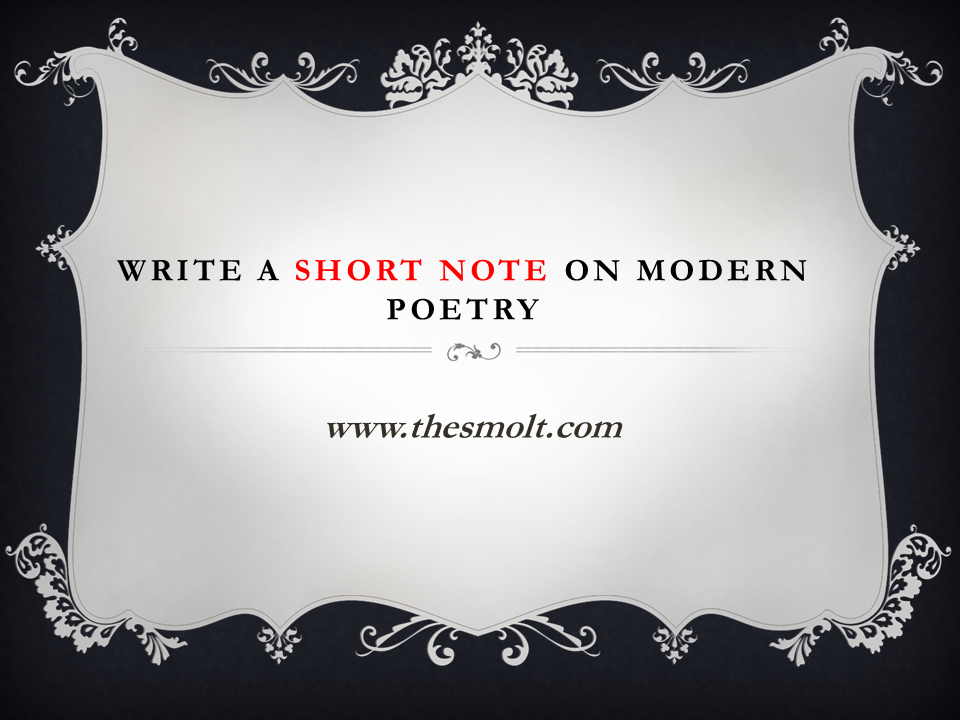