Ans:- Napoleon is the most important character in Animal Farm. He drawn after a communist leader, who though elected on the basis fighting for the interests of the proletariats is transformed into a dictator after victory.character of Napoleon.

Character of napoleon in animal farm

Read more from 1st Year (click) This transformation is not brought by any external cause. it is rather the manifestation of his true character that he craftily concealed. Contemporary history is full, of such examples, of political leaders who were together in the course of revolution but who not only fell apart but became enemies of the revolutionary cause itself.

In Animal Farm Napoleon is one such boar who leads animals in their rebellion against the Major. For some time he lets the animal revel in the joy of victory and freedom.

But very quietly and forcefully he changed the policies and rules of the farm. He gets new rules. inscribed and had them put up on signboards so that every animal could read and follow them.

The way he created distance between himself and the animals is an index of his tactics. By living in separate apartments he manages to maintain a very high standard of living while other animals toil and suffer.

The animals come to know of his deception, double standards, and deviation from the revolutionary cause. But they have lost power to overthrow him.

Napoleon also manages to have his only competitor Snowball out of his way. Later on, he benefits in a big way from the produces and the labor of the animals. A stage comes when animals can see that. They are being exploited more than they /were under human rule. Napoleon is now successful and he is a partner of Mr. Frederick.

Animal Farm sketches the character of Napoleon by George Orwell

In him, we perceive similarities with all the communist leaders of our time who ended up as dictators, suppressed dissenting voices, and encouraged the capitalistic mode of production and amassed huge properties in their name. 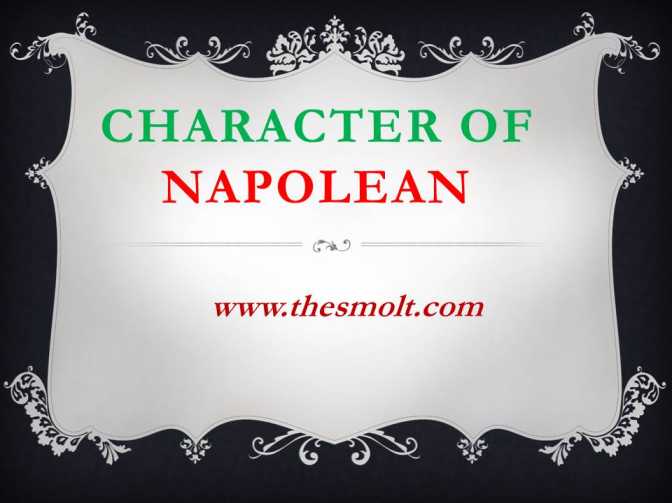 This article’s Character Sketch of napoleon in Animal farm is based on George Orwell’s novel Animal Farm.

Note:- If you want to Download This article’s in PDF form, then simply go (Top or Bottom of) Right corner and click on the PRINT icon, and it’s saved as a PDF of Character Sketch of napoleon in Animal farm