Ans:- Santiago is a leading character of the novel, The old man and the sea, sketched by, Ernest Hemingway, a great American Novelist in the English language and literature. Sketch the character of Santiago

The old man and the sea characters

Read more from English 2nd Year (click) In true sense, he is a poor and unfortunate person who fished alone in a skiff for 84 days and failed even to catch a single fish. He was accompanied by a boy in fishing who left him on the suggestions of his parents because, in their eyes, Santiago was a sheer unfortunate person.

In physical appearance, Santiago was thin and gaunt with deep wrinkles on the back of his neck and his hands had got the deep crashed scars from handling heavy fish on the cords. By nature, he was an undaunted and brave person and he had a patched shirt on his body.

In true sense, he possessed exemplary courage with a tremendous capacity for endurance and patience. He struggled with the marlin throughout and his suffering raised his stature and personality.

Critical analysis of the old man and the sea

In the eyes of the novelist, he appeared to be christ-like in suffering and showed fierce-gallantry in his work. He continued his struggle with the fish for three days with cramped hands.

He never released his control and sustained himself with the thought of Dimaggio. Although he was not religious, yet he kept firm faith in Almighty. With full courage and determination, he killed the fish in the sea. Sketch the character of Santiago

Later on, the Marlin was attacked by a shark. Santiago hit his brain with his harpoon. He felt that he might be destroyed but would not be defeated in any stage. Very soon, he had to face more sharks and he fought with them with greater determination.

He used a knife and drove the blade between the vertebra and the brain. Even his knife blade was broken but the did not lose courage. At last, he killed and scared away the sharks. As a matter of fact, he won glory in is fight and in his defeat he was victorious.

The old man and the sea themes

Santiago was not with-out pity and his allusions to Christ, to God and to Virgin, were not mere both. In spite of obstacles, he did not lose his confidence in God. He also possessed compassion and humility and his humility was seen when his disciple Manolin called him the best fisherman.

He had sympathetic feelings for the creatures of the sea. He loved the flying fish, the green turtles, and hawksbills. As a matter of fact, Santiago felt even great pity for
the marlin. Sketch the character of Santiago

The old man and the sea critical analysis

He had a feeling of oneness with the other creatures, When he took out his boat in the early morning, he was pleased to hear the sound of the flying fish.

He was defeated on the physical plane. But in the true sense, he was the game of life. On the moral plane, he was victorious. His victory was the moral victory like a tragic hero; there was a flaw in the character of Santiago and he was fully conscious of the transgression.

.He also realized that, in his individual capability, his pride was invincible.
Santiago was the chief character of the novel and his activities and enthusiasm were of par-excellence.

The novelist had delineated his character in a vivid, explicit, and consummate manner. Sketch the character of Santiago 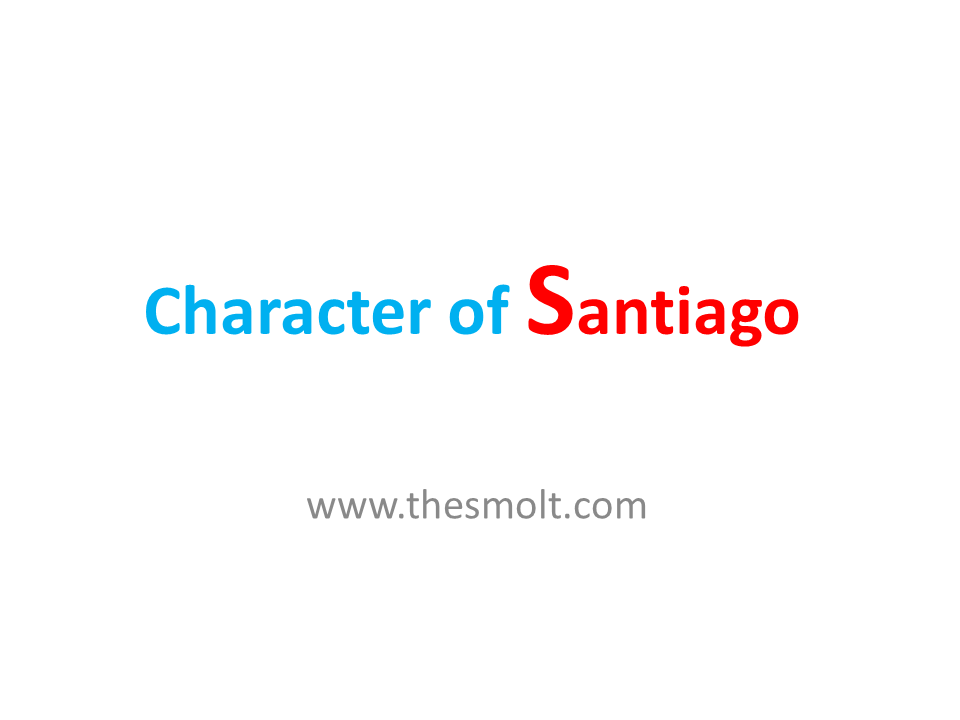 Note:- If you want to Download This article’s in PDF form, then simply go (Top or Bottom of) Right corner and click on the PRINT icon, and it’s saved as a PDF of Sketch the character of Santiago

Best Regards Sketch the character of Santiago, Kindly we request to you after Installing This Application, Please Don’t forget to give your feedback.