Ans:- Hardy was the leading English.h novelist during the Victorian age in English language and literature. It was he who had observed minutely the ups and downs in human life. Thomas Hardy and the Role of Observer

He had studied human psychology the role of fate, jealousy, bitterness, sufferings, vanity, and feud. He had understood that human life is coated with tragic elements and happiness occurs just like an episode.

Read more from English 2nd Year (click) Hardy had observed the pessimistic approach of life and he was in the notion that happiness is but an occasional episode in the great drama of human life. It is obvious that a man struggles in life with hopes and ambitions.

But he has to come across a series of troubles and he ultimately meets his extinction in utter confusion. Michael Henchard was simple hay- trusser who had sold his wife and small daughter in tipsy condition and for this, he repented much and tried to search out but in vain.

After a lapse of 18 years, he rose to the Mayoralty of Casterbridge and earned name and fame. He supported Donald Farfrae and due to him, Farfrae rose to the rank of distinction. The sweet relation between Henchard and Farfrae began to dwindle and there occurred rivalry between thein.

‘In fact; they were at” dagger’s drawn with each other. The arrival of Susan and Elizabeth Jane left a tremendous effect on the life of Farfrae. The love affairs of Henchard with Lucetta did not prove fruitful and Farfrae again jerked He’nchard in the game of love affairs.

Hardy was a true observer of human life

As a matter of fact, Henchard did not find any ray of happiness in his life and he found himself encircled with troubles. In fact, frustration, dejection, melancholy, and weariness are influenced in the strata of incidents of the novel.

This novel presents reflective comment at the end of it that happiness can be rarely found in the general drama of the painful life of Human beings. Each and every incident is interlinked with other aspects of the novel.

The observer of human life in The Mayor of Casterbridge

Hardy had commented on reflective views because the marriage of Farfrae and Elizabeth jerked the wounded feelings of Henchard. From the inception to the end of the novel, tragedy and gloominess are compacted with the fibers of the- novel.

Each and every character suffers allot and witnessed numerous ups and downs in life. The proportion of happiness is like an iota in the general sufferings and sorrowful condition of life.

In fact, Hardy has presented factual social conditions, common human feelings, and realization as mere puppets in the hands of circumstances. The novelist Thomas Hardy has depicted pessimism and dejection in an explicit, vivid, and consummate manner. Thomas Hardy and the Role of Observer

Hardy’s special reference to The Mayor of Casterbridge 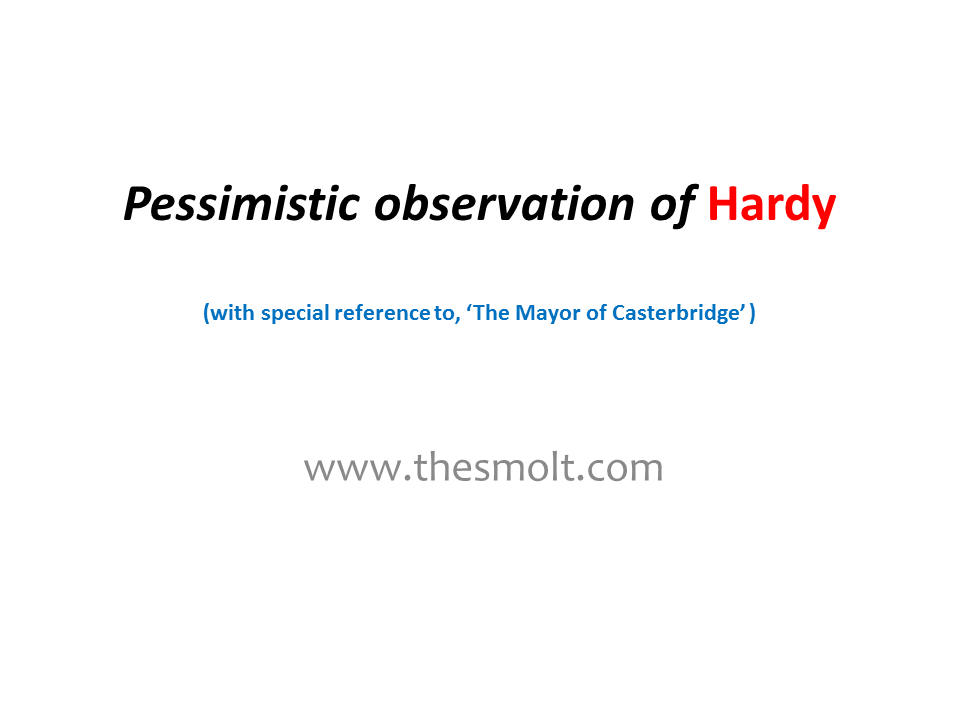 Note:- If you want to Download This article’s in PDF form, then simply go (Top or Bottom of) Right corner and click on the PRINT icon, and it’s saved as a PDF of Thomas Hardy and the Role of Observer

Best Regards Thomas Hardy and the Role of Observer, Kindly we request to you after Installing This Application, Please Don’t forget to give your feedback.