The Georgian had placed a positive aim, explicit expression, and beauty in experience, In their treatment of nature and social life, they discarded the use of archaic diction. They dropped all gorgeous and grandiloquent expressions and avoided pomposities of thoughts, They also avoided such subjects which smacked sadness, wickedness, and cafe-table.

They were neither imperialistic and ran theistic. Their subjects were nature, love, leisure, old age, childhood, animals and unemotional objects, The Georgian poets wrote extremely neat and melodious poems about sheep, bulls and domestic as well as wild animals. They also celebrated the charm of various localities in the British Isles.

They longed for the good old days and ways. John Masefield (1879-1967) was one of the prominent Georgian poets. His early poetry was marked with a note of action and adventure and characterized by Chaucerian Georginan breadth of humanity.

“and, ‘Wondering (1943), are his prominent works Masefield is the poet of people and his poetry is surcharged with democratic sympathy for the downtrodden and the misery suffering people, There exists sadness in love poetry of Masefield.

Lascelles Abercrombie (1881-1938) was one of the leading contributors to Georgian poetry. He expressed his thoughts in compressed and angular blank verse. James Elroy Flecker (1884-1915) was enthralled by the exotic novelty and illusive romanticism of the east. Write a short note on Georgian Poetry Essay

Write an essay on Georgian poetry 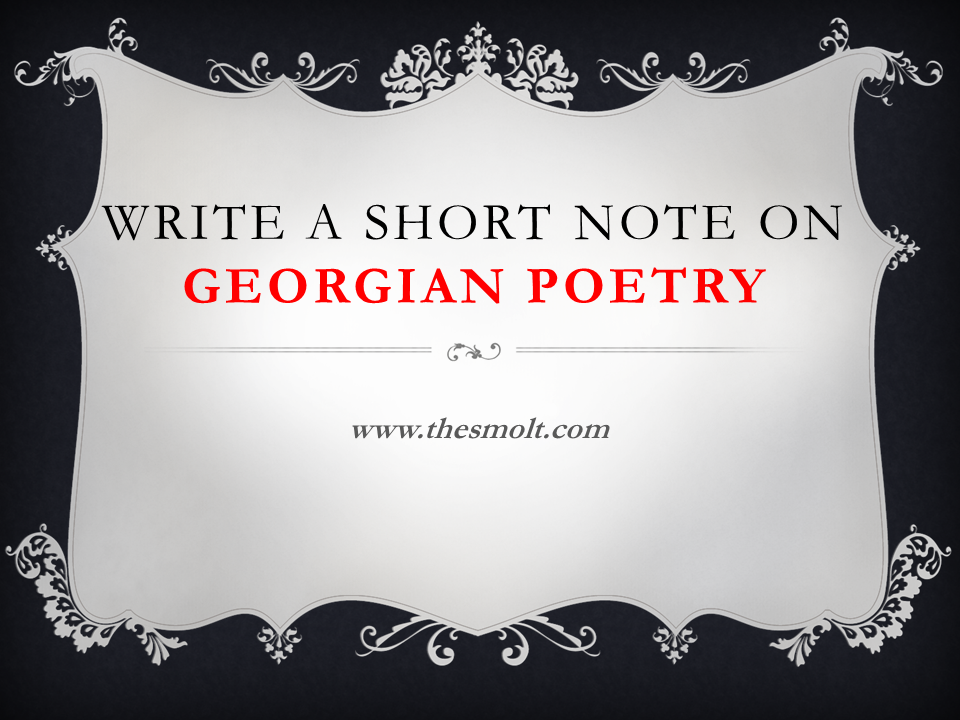