They had no sympathy for the humble aspect of life.-The the life of the villagers and the shepherds. They had no love for nature, the beautiful flowers, the songs of birds and landscape. Although they preached virtuous life, they did not display any feeling which smacked the enthusiasm and earnestness.

They had no zeal for the middle ages and their tales were compacted with chivalry, adventure, and visionary idealism. In the poetry of the Classical Age, the form became more important than the substance. The love of superficial polish led to the establishment of a highly artificial and conventional style. 18th Century poetry

The closed couplet became the only possible medium for serious works in verse. It was demanded by the age to compose the poems in a plain, simple and clear language. The great poet of the 18th Century was Alexander Pope and he had composed the poems of higher thoughts and superb ideas. His poem, The Rape of the Lock’, is mock-heroic.

Pope enjoyed a tremendous reputation as a great poet due to his appropriate style and perfect expression. Pope was a representative poet of his age. Odeon Solitude’ was his leading composition in which he showed his spontaneous love for rural life.

Pope also depicted the great beauty, infused in green fields, groves, meadows, and streams. Addison was the leading poet of the period and was the first poet of this period to observe the great beauty of nature. He had no reluctance or prejudice against hills and mountains. 18th Century poetry

Ambrose Philips was a leading poet of this period who made focus on the dignity and antiquity of the pastoral life. In his poems, he delineated the beautiful varieties of bills, meadows, fields, woods, and rivulets. He was the earliest of the poets of this century to write a complete poem in winter.

His, I epistle to the Earl of Dorset’, is a descriptive poem in which he had observed the various aspect of nature. John Gay was known as the prominent poet of the 18th Century. His Rural ports are of a high order. In it, the poet has depicted the beautiful scenery of hills and mountains. George Berkeley was a leading poet of this period.

He delineated natural beauty in his poetry. In the 18th Century, the poets had advocated the principle to return to nature. They sought the great beauty of nature in their poetic composition. They left an indelible effect on English literature. 18th Century poetry 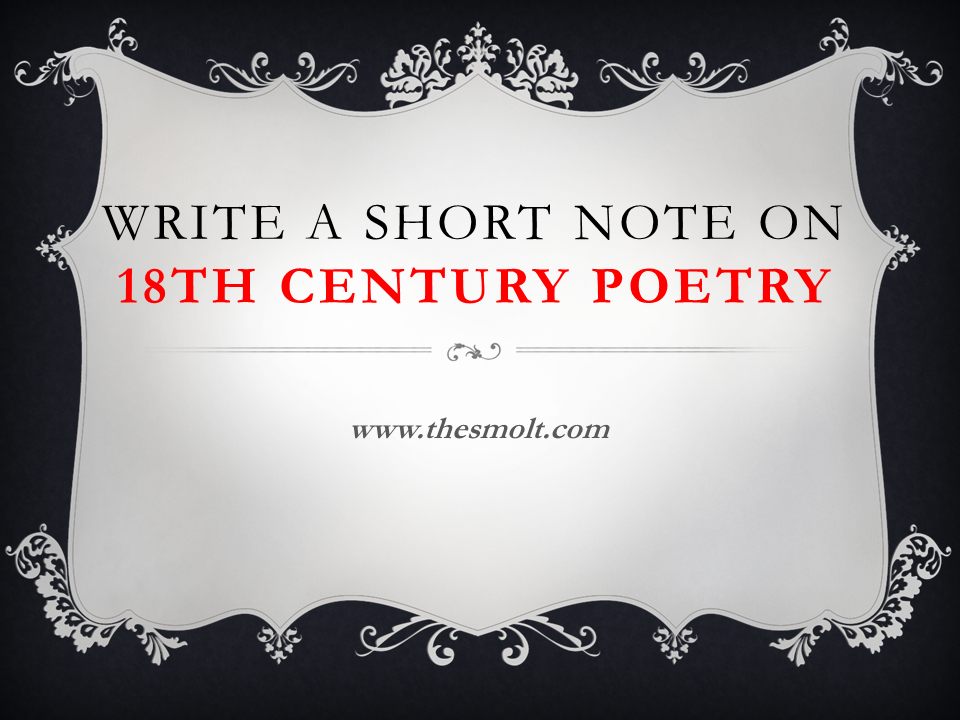 I hope you enjoyed this blog, Visit again to learn New differently. Different Educational Program, English Summary And Different Programming language with Example, Like C, C++, JAVA, QBasic, FoxPro. Also, you can Learn Blogging and Seo, On-Page, and Off-page in free by our Experienced SEO Expert.