Ans. John Donne (1572-1631) was the pioneer of a new kind of lyrical and satirical verse called Metaphysical. He was born in a prosperous Roman Catholic family of traders in London. At that time, England was staunchly anti-Catholic. Write a short note on John Donne

John Donne as a metaphysical poet

Donne was forced to leave Oxford University without a degree due to his religion. He studied law and read theology. He also participated in two naval expeditions and became secretary to a powerful noble, a job he lost when he was briefly sent to prison for secretly marrying his patron’s niece.

In 1615, at the age of 42, Donne accepted ordination in the Anglican church and soon became one of the greatest preachers of his time. In love lyricism, Donne broke completely with the Petrarchan tradition, introducing an intellectual and colloquíal tone. His love poems use the latest discoveries of science.

He infused a combination of passion for verbal and intellectual teasing. Donne is well knówn for his songs and sonnets. satires and the Elegies and Sermons, Genuine poetic feelings, harsh meters, strained and whimsical images characterize all his poetic creations. Among his noted poetic creations, The Dream’.

The Anniversary’, The Good Morrow. ‘A Valediction’, of weeping. “The Relique, A Valediction: Forbidding Mourning’. ‘Holy Sonnets’ and “Sweetest Love. I do not go’ are of a high order. It was John Donne who left a great impact on his period. 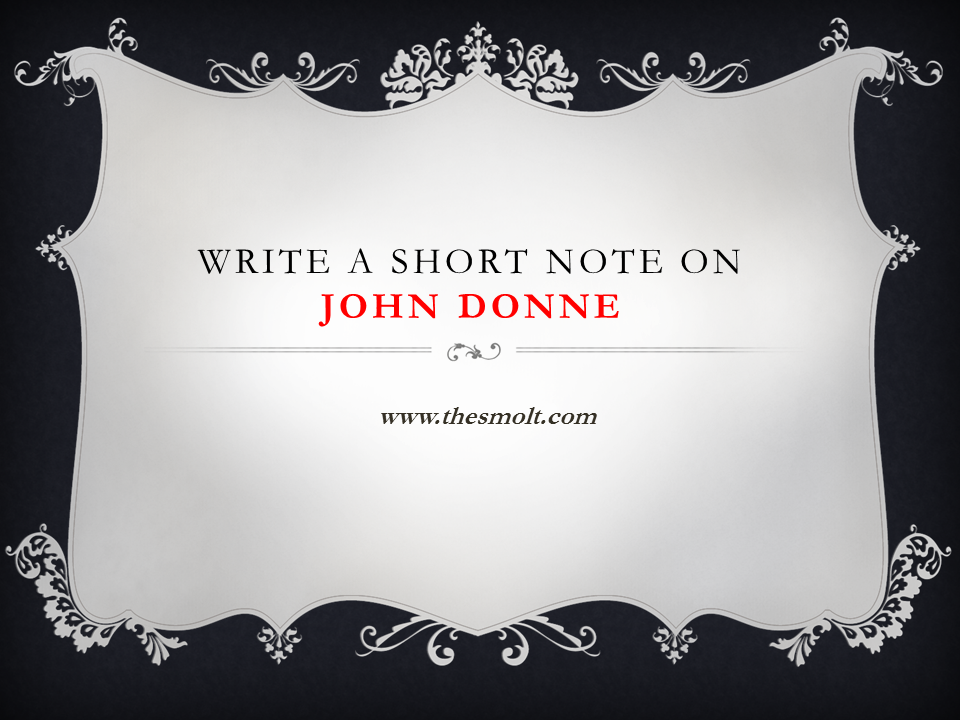 Hello, my dear student, I hope you learn something
different here. So please don’t forget to give us your
valuable feedback.