Ans. Alexander Pope was the leading poet during the classical age in the English language and literature. He was born on May 21.1688 in a Roman Catholic family in London. Sickly in body and lovely in spirit, he found his only delight in books. Alexander Pope as a Poet

Alexander pope from an Essay on Man

The displayed precocity in verse writing. The pastorally published in 1709, had been written when the poet was between 16 and 17. Windsor Forest’ was published in (1773) is a descriptive poem of over four hundred lines Essay on Criticism’ (1711) was the first evidence of the Pope’s great qualities.

(a) the need of studying the ancients

(b) the causes and

(c) the functions of the critic.

Alexander Pope an essay on criticism

Moral Essays (1731-1735) is full of ethical poems in the form of epistles. The Essay on Man is a philosophical poem. dealing with men’s relations to the universe. to himself, to society and happiness. The Rape of the Lock (1712-14) is a mockheroic poem, describing with admirable gravity and raillery. It is divided into five cantos.

The Dunciad is a long native is the form of an epic. ‘Imitations of Horace (1733) are a group of biting satires, depicting contemporary figures and manners, It is aptly called as an outcome of Pope’s genius. Epistle to Dr. Arbuthnot (1935) is considered as cutting satires.

The Odeon St. Cecilia’s’ Day shows intense lyrical feelings of Pope. Eloisa to Abelard (1717) is the emotional and fervid work of Pope. The Elegy to the Memory of an Unfortunate Lady” (1717) deals with a woman who finds in suicide and escapes from a hopeless love.

It is considered a model of pathos, the heroic couplet was the natural means of expressing strong emotion to Pope. The translations of the Iliad and Odyssey of Honor brought Pope great honor. This translation was considered the finest poetic achievement of the Pope.

He exhibited the natural style of his age in their translation. Pope died in 1744. The enjoyed immense popularity as a literary figure during the classical age in the English language and literature. 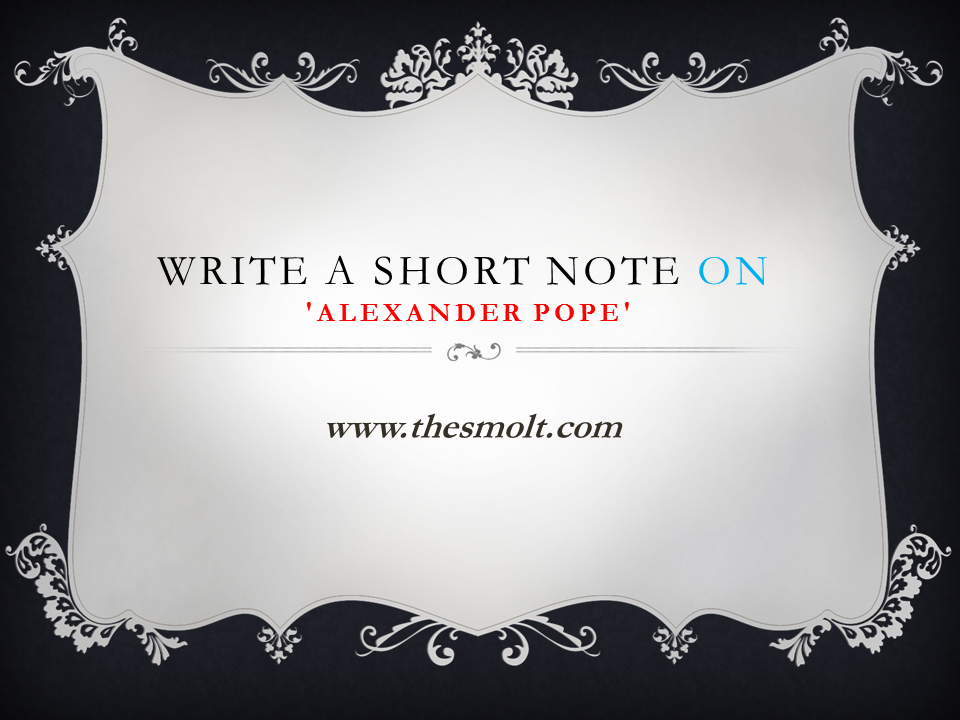