Ans:- Fitz William Darcy is the leading male character of the novel, Pride and Prejudice, written by Jane Austen, the great female novelist during the 18th century in the English language and literature. Character of Fitzwilliam Darcy

He is the pole – atar of the novel whereas the rest characters and situations revolve around him. It was he who had left an indelible effect on the nerves of the novel.

Read more from 1st Year (click) He was the proprietor of Pemberly estates and he qualified himself as stalwart by marrying the heroine of the novel. He was young handsome, active, interesting, and proud and was disliked by Lizzy.

His statements were his resolution. He was suffering from a sense of superiority complex and considered others as inferior to himself.

From the inception of the novel, the pride of Darcy was delineated but ultimately, he proved himself as well educated, a cultured young man with a lofty and aristocratic outlook.

He made up his mind in the beginning that the family of Bennets was not quite suitable for marriage to his friend Bingley. He Wanted to give an alarm to his friend against the indiscretion of marrying Jane.

He felt satisfaction to observe that Jane Was indifferent to his friend. He wanted to check the romance of his friend and keeping him away from the object of his love. He was saving his friend from a fatal mistake.

He never felt doubt about his prudence. He understood that men are not ruled by reason alone. He had been so strangely convinced of the folly of his friend in marrying in Bennet’s family.

He could not save himself from indiscretion and he fell in love with Elizabeth. Even in love, he was an egoist and . was incapable of looking at himself objectively and in considering the effect of his action and words on others.

He took it for granted that Elizabeth would accept his offer of marriage and in that fatal folly of blind egotism, he described himself as a reluctant lover.

Elizabeth strongly disliked his character and it was the inevitable punishment to him. He stood acquitted of his treatment with Wickham. The character of Darcy was compacted with nobility and human weakness.

In the eyes of the housekeeper of Darcy, he was the most indulgent master of his servants and a devoted brother to his sister, generally, he was looked up with pride and affection Form the moment, Elizabeth had regretted him of accusing him of pride and superciliousness he had made up his mind to improve his conduct.

Darcy tried his best to, reform himself under the influence of his love f.or Elizabeth, Darcy learned ta be polite, Sympathetic, and unselfish. He sacrificed his pride and persuaded Wickham to do justice to Lydia.

He gave an account to Elizabeth just after he had won her by devotion and love. He was tall, handsome, witty, fastidious, proud, and snobbish in his action but good at heart. He was purified by the fire of Liza’s love.

He left indelible – effect on the situations of the novel. The novelist Jane Austen had delineated his character in a vivid, explicit, and consummate manner.

Character profile for Fitzwilliam Darcy from Pride and Prejudice 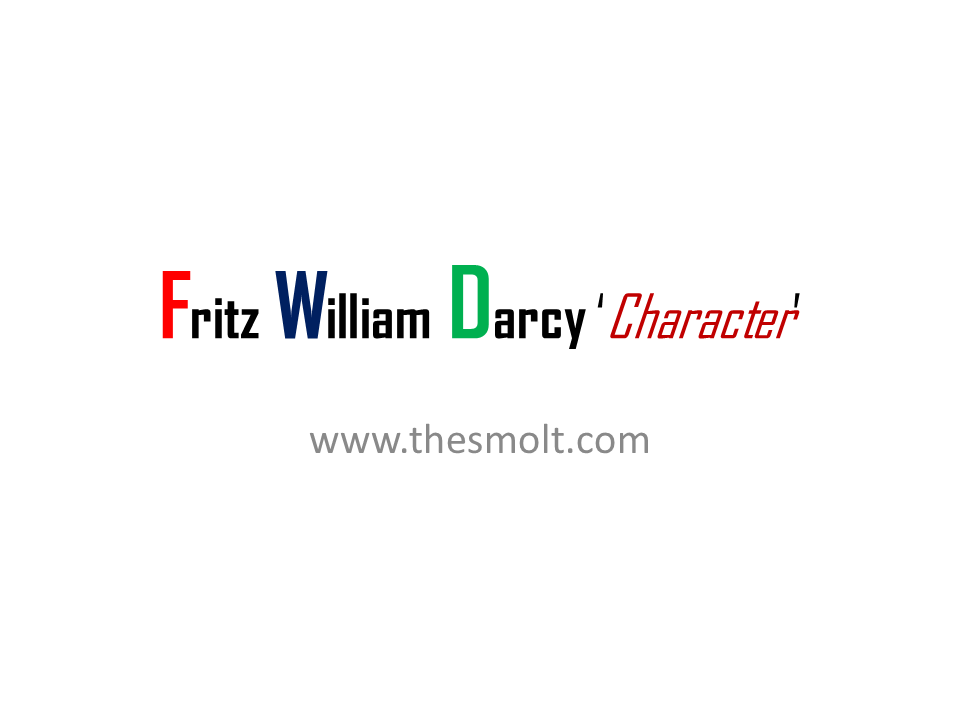 Note:- If you want to Download This article’s in PDF form, then simply go (Top or Bottom of) Right corner and click on the PRINT icon, and it’s saved as a PDF of Character of Fitzwilliam Darcy

Best Regards Character of Fitzwilliam Darcy, Kindly we request to you after Installing This Application, Please Don’t forget to give your feedback.