Ans.  Victorian poetry contributed a lot to the development of English poetry.  It started in the second quarter of the 19th century (1832) and ended by 1901.  The poets of this period were close to life, surrounding and situations. Victorian poetry

ELord Alfred Tennyson was the most representative poet of the victorian age.  His poetry was a record of the intellectual and spiritual life of the time.  Being a careful observer of science and philosophy, he was deeply impressed by the discoveries and speculations there lies the conflict between science and religion, doubt and faith, materialism and spirituality in his poetry.

In Memoriam ‘we find a great conflict between faith and doubt Tennyson was essentially the poet of law and order as well as of progress.  The worrying stanzas of In Memoriam ‘are interesting and full of imagination.  Tennyson was an extremely emotional poet and was a great admirer of the English tradition.

Among other important poems of Tennyson are, The Princess ‘,’ Tears Idle tears.  The Gardener ‘s Daughter, Bugle song’, ‘Sweet and Low’, ‘English Idylls,’ ‘Dora’, ‘Ulysses’, ‘Locksley Hall’, ‘Sir Galahad’, ‘The Brook’, ‘ The Charge of the Light Brigade ‘, ” Wages ‘ and ‘ The Higher pantheism and others.

Robert Brewing was also a leading poet of his age. He believed in the individual will and subordination. There is robust idealism reflected in his poetry, His boundless energy, his cheerful! courage, his faith in life and the development give a strange vitality of his poetry.

He had a firm belief in the immortality of the soul which formed the basis of his generous optimism Among his important poems, ‘ Dramatic Lyrics ‘, ‘ DramaticRomances and Lyrics ‘, ‘ Man and woman ‘, ‘ Pippa passes ‘, ‘ My Star ‘, ‘ Home Thoughts from Abroad ‘, ” Meeting at Night ‘, ‘ By the Fireside ‘, ‘ Pied pipes ‘, ‘ The Ring and the Book ”  are of high orders.

MathewAmold was also a great poet of the period. He was a true observer of mankind and he reached the ornate style. Most of his poems give expression to the conflict of the age between spontaneity and discipline. emotion and reason, faith and skepticism. As a matter of fact. Arnold longed for primitive faith, wholeness, simplicity, and happiness.

Even in his nature poems, he looks upon nature as a comic force. In his most famous poems. ‘ Empedocles on Etna ‘. Arnold deals with the life of a philosopher. Elizabeth Barret Browing was a leading poet of her period and her poetry reflects the social and political problems of the early victorian ora.

William Morris was also a great poet during the Victorian age. Among his important poems. ‘ Badlands and sonnets ‘ is of high importance. Swinburne . was the last poet of the period who expressed the thoughts and ideology of his time. 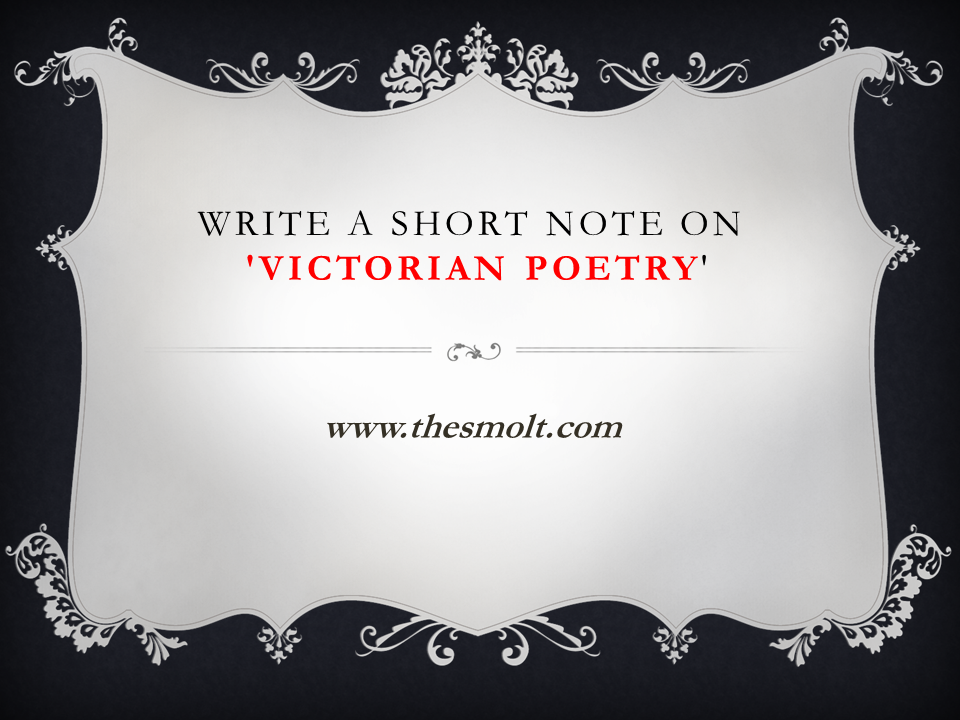 Hello, my dear student, I hope you learn batter in this blog. And I have a question for you if you want I’m asking??
Then please don’t hesitate and tell us. We are always ready to Listen to you.