Ans:-  Sketch the character of Jane Bennet Jane is the leading female character of the novel, ‘ Pride and Prejudice ‘ Written by Jane Austin, the great female novelist, thinker, and essayist of the 18th century in the English language and literature. CHARACTER SKETCH OF JANE BENNET

She was like the pole – star and all the situations and incidents revolve around her. She had charming beauty and paramount countenance. She was not as brilliant as Elizabeth.

Read more from 2nd Year (click) She was a favorite of Miss Bonnet. She was the center of attraction in the first ball which took place at Leghorn and on this occasion, she had got the opportunity to dance with Bingley. She was highly appreciated by all due to her graceful appearance and courteous manner.

She lacked sheer intelligence. At first, it was expected that there would be the engagement of Jane with Bingley but such prospect was put in dismal when Bingley went away from Netherfield.

She was an optimist by nature and subtle in behavior. She had gone to London to have a chance to meet Bingley. She came to know from the cool behavior of Mrs. Bingley that she would not be allowed to get the love of Mrs. Bingley.

She did not cherish her motive and she explained her thought plainly to Elizebeth. She had a mammoth capacity of tolerance. She was allowed to love with her parents at Leghorn.

She had also informed Elizabeth by letter that Wickham had eloped with Lady Lydia when Bingley proposed her to have an association, her joy knew no bounds. She was emotional and her happiness was based on her subtle realization.

She was devoid of selfish motives. Although she was engaged to Bingley, she was very anxious about Elizabeth. She felt immense joy within herself to know that Elizabeth had decided to marry Darcy.

She has been an observer of human psychology. In the whole circumference of the novel, she comes next to Elizabeth in importance. She had no grudge against anyone, on the other hand, she was benevolent by nature.

She did not appreciate clumsiness in thoughts and narrow views in observation At first, she suspected of the reply of Elizabeth but she felt internal pleasure after hearing the tidings of romances of her sister at Pemberley.

That happiness of Elizabeth used to impart gaiety to her. She presented herself as a memorable figure in the whole range of the novel. The novelist has presented the activities of Jane in a completely improved manner.

As a matter of fact, she is the cynosure in the sky of the novel, Pride and Prejudice. Character Sketch of Jane Bennet 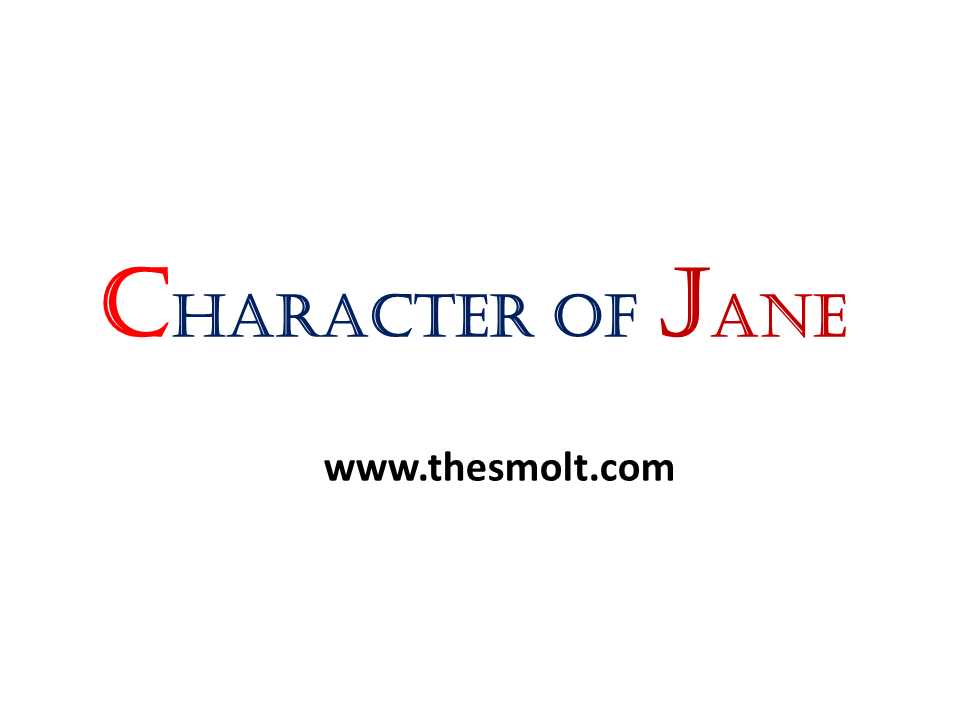 Note:- If you want to Download This article’s in PDF form, then simply go (Top or Bottom of) Right corner and click on the PRINT icon, and it’s saved as a PDF of Satire is the element in which Jane Austen lives

Best Regards Pride and Prejudice by Jane Austen, Kindly we request to you after Installing This Application, Please Don’t forget to give your feedback.